We know that Samsung always prepares for something good. In the smartphone world, we expect something better. It is expected that despite the foldable display, Samsung is thinking ahead which is a transparent smartphone which Samsung ready to turn into reality.

Samsung is a most popular smartphone brand in the world with more than 27% market share and 893 million active devices. Samsung’s phones are known more because of the innovation and in this it has left behind Apple.

according to Patently Mobile,  company has recently filed a Design Patent for a phone with a slightly transparent screen. This display allowing you to view the phone’s media files and also look the world around you. Korean technical giants are at the forefront of making transparent panels and in 2015 Samsung introduced the world’s first transparent OLED TV. So, making a small complete opaque display for a phone by the company is not a difficult task.

The filed Patent describe how the normal LED screen will be replaced by an transparent panel. In that case, you will be using the phone and the external world will be looking with that component.

It is difficult to say on the basis of the leaked news that what will be the exact features in the phone, But patents suggests that all handsets will not be transparent. The upper part of the screen will be opaque and the bottom part will be covered with metal. the SIM slot will place at the back of the metal portion at the bottom. while the camera sensor would be moved to the lower area of the handset.

Coming to specification, including 6.2 inch OLED semi transparent screen and 8GB RAM. it will be features a special hybrid Methanol Fuel Cell battery, as well as a 10W photovoltaic charging panel.

How to Check Recent Used App in Samsung phones 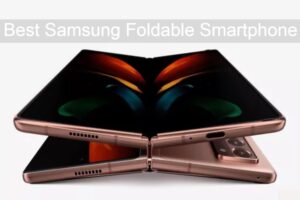