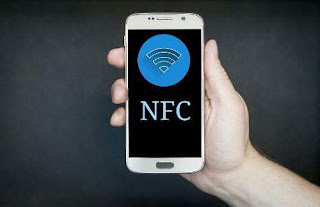 Near Field Communication is a method of wirelessly transmitting data using radio waves, and in short form, we can say NFC. If You have two NFC-capable devices, then NFC can make it easy to transfer data between two electronic devices if they are close to each other. In simple words, NFC is the simplest way to transmit small data between two phones.

Not all phones have NFC, but seeing the feature of NFC, almost every flagship or high-end Android smartphone and tablet comes with NFC technology to keep the ability to communicate with NFC-enabled devices.

Advantage of NFC on Android mobile

Note: When Google released the Beam feature with the Android 4.0 Ice Cream Sandwich, the NFS feature has been added to the Android smartphone.

Data sharing is the biggest advantage of the NFC, Whether you want to send photos, videos, document files, webpage address. It allows them to establish peer-to-peer radio communications and passing data from one phone to another by putting them very close together. It is not possible to share large files, but you can send small file types like webpage, contact, map location, without any hassle.

Sharing a contact via NFC is pretty simple and another benefit of NFC on mobile. When the contact info will be received then the Contacts app will display it. 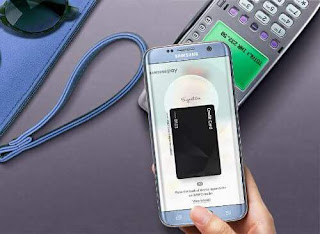 using a phone as a mobile wallet(smartphone pay system) is same as using a credit or debit card. Samsung pay and Android pay on the Android platform are the only two smartphone payment systems that use NFC. Android Pay will allow you to use your Android phone to make contactless payments and supports fingerprint security. Samsung payment platform that uses not only NFC but a proprietary technology called MST(Magnetic Secure Transmission).

How to use NFC on Android

How to enabling NFC ? 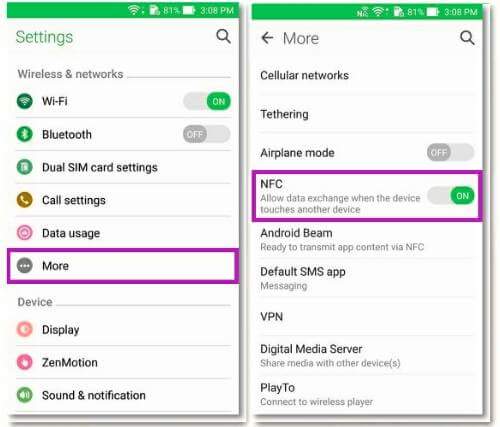 How can we share files between two smart phones via nfc?

First of all, make sure that both the smartphones are awake and the screen is unlocked. Then you have to turn on the NFC of both phones. When two devices identify each other you will get audio response Now you have the ability to share content – image, audio, contact details and more.

what percentage of phones have nfc in USA?

According to Wired magazine, only 1/4 Americans will have NFC smartphones by 2016. A forecast by the global statistical report, the estimated 1.9 billion phones worldwide will be NFC-enabled by 2018 and the number of NFC-enabled smartphone increases year by year.