The Samsung is one of the top smartphone makers in the world that caters to every segment including feature phones, budget and premium devices. There seems to be very little difference between A-series and S-series. although Samsung Galaxy S-series follows the top-of-the-line feature while the A-series also sees a lot of phones with flagship features, then which is the better of the two? The differences between S-series and A-series are mentioned below.

Before we begin, let us tell you that the main objective of creating a subcategory is to keep the company strong in the smartphone market, where the Galaxy A series competes with Chinese companies such as Xiaomi, OnePlus. while the Galaxy S series has been focused for iPhone like.

Samsung Galaxy S-series –The main difference between the two could be features that you will only find on the Galaxy S series – wireless charging and a powerful Chipset. The cutting edge technology is used by the company in the S series devices. Where the flagship SoCs of Snapdragon and Exynos can be seen in these phones. while the A series uses a less powerful chipset than the Galaxy S-series.

There is also a gap in the optics department, where the S series is equipped a larger size camera sensor, which has the ability to perform better even in low light. However, another feature such as the periscope sensor which provides a lot of zoom is also available in the Galaxy S smartphones.

Samsung Galaxy A-series – The range of Samsung’s A-series is huge where it extends from the mid-premium to low-cost device. In addition, This device is available from around $110 (Rs 7,999) to $499 (Rs 40,999) with a lot of options. You can’t compare the cheapest A-series phone with the S-series, While the top model will be comparable and in doing so maintains a slight gap which will be revealed on a closer look such as the IP68 rating is given in the S series smartphones, Whereas the top-model of the A series uses the IP67 rating.

A similar AMOLED display panel is given in both but the difference in resolution can be seen. QHD resolutions is offers in the top model of Galaxy S-series while Full-HD or HD resolution is given on the A series device.

However, there are many similarities between both the Lineup such as the stable version of Samsung’s OneUI, major OS updates for two to three years, good battery backup and Samsung Pay support.

Coming to the end result of all this, S series is better than A series but everyone’s needs are different and it can be helpful to choose the phone according to your requirement. Although, the Samsung Galaxy A series is one of the company’s best-selling categories, on the other hand S-series showcases the company’s flagship segment, which the company unveils in the first quarter of every year.

If you want to see the comparison between A and F Series and who is better among them, you can click on the link given below. 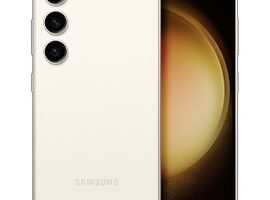