Qualcomm introduced its latest high-end processor, the Snapdragon 865, which is based on 7nm processing and second gen 5G Network support. This is the successor of the famous snapdragon 855 SoC that powered most flagships handsets in 2019. This year, there are many best smartphones launched in WMC 2020 with Qualcomm snapdragon 865 chipset, And it will not be surprising if this processor will be used in all flagship mobiles in 2020.

At the heart of every mobile device chipset is a combo of CPU and GPU. today You won’t find a more powerful duo than the Snapdragon 865’s Kryo 585 CPU and Adreno 650 GPU. it equipped 2nd gen Snapdragon X55 5G Modem System which achieves staggering multi-gigabit speeds of up to 7.5 Gbps. this chipset also carry with 5th generation AI Engine packs 2x the power of its predecessor. the Qualcomm makes some major improvements to the image signal processor (ISP), so chipset producing notable new capabilities and features for users. the snapdragon 865 include support for up to 200MP imaging sensors, 960fps super slow-motion video recording at 720p and 8K video capture at 30fps. to know full specification and capabilities of this processor scroll down to the bottom.

We are compiled a list of all Snapdragon 865 devices for those who want unmatched performance, and all those who were not satisfied with the speed of the older device.

It boasts a 40MP for selfies with f/2.2 aperture. It has 5000 mAh battery which allows you to enjoy all day moreover it also offers wireless charging. The Galaxy S20 Ultra ships with Android 10 and One UI 2.1. The brand also launched the siblings of the phone, the Samsung S20 and S20 Plus, but we have not listed separately. For your convenience, we have given these features in the comparative chart below.

Sony also joined group of Snapdragon 865 Phones with its Sony XPERIA 1 II. It has many unique features which makes this an excellent choice for you. it has a 6.5″ 21:9 CinemaWide OLED display with 4K HDR (3840×1644) resolution. sony don’t compromise with durability, so Xperia 1 II has Corning Gorilla Glass 6 protection and Water resistant with IP65/IP68 certificate. All the phones included in the list are equipped with 5G connectivity and this phone is also one of them. this one has triple camera setup includes an 12MP primary Exmor sensor with f/1.7 aperture, 12MP telephoto sensor and 12MP wide-angle sensor. For selfies phone has 8MP front camera with f/2.0 aperture.The Xperia 1 II has 4000mAh battery that supports fast and wireless charging as well. coming to the memory department, Xperia 1 II has 8GB RAM and 256GB on-board storage that can be expandable via SD card. Another good thing about this handset is that it still has a 3.5 mm audio jack.

The OnePlus Series is better known for great hardware and smooth software. its latest OnePlus 8 pro mobile is one of the best SDM 865 processor smartphone with all brand new features. the phone is equipped an 6.78 inches Fluid AMOLED with 3168 x 1440 pixels and 120Hz refresh rate. its both front and rear sides are protected by gorilla glass. oneplus 8 pro sports a 4510 mAh (non-removable) with 30W fast charging.

The Red Magic 5G is a true gaming device with an ultra fast 144Hz display, Active Liquid-Cooling alongside Turbofan, latest flagship processor and more. This gaming phone support a 6.65 inch AMOLED display and is the world’s first phone with a 144Hz display. it is powered by SDM 865 prodessor which is paired by Adreno 650 GPU. in the memory section, company would added 8/12 GB RAM and 128/256 GB ROM options. it have a 64MP+8MP+2MP triple camera module, which allow you to capture up to 8K video at 15fps. The RedMagic 5G powered a by 4500mAh capacity alongside up to 55W quick charging.

The Oppo Find X2 is another smartphone which is equipped with Qualcomm Snapdragon 865 SoC, this phone has many other features besides powerful processor, which is enough to make it your next smartphone. Phone comes with 6.7 inches QHD display with 120Hz refresh rate. It is powered by Android 10 based on ColorOS 7.1, Oppo Find X2 has several memory options such as 128GB and 8GB RAM, 256GB and 8GB RAM, 256GB and 12GB RAM.It sports a 4200 mAh battery with 65W Fast charging, which charge phone’s battery from zero to 100% in 38 min. Coming to optics department, Oppo Find X2 has a 48MP + 13MP + 12MP triple camera combo with 60X hybrid zoom capability.

Meizu has finally revealed the new Meizu 17 series with the regular and the Pro edition, this series are primarily speciate with the latter having a faster processor, upgraded cameras modul, and supporting wireless charging. the Meizu 17 Pro has a 6.6 inch Full-HD+ AMOLED display with 1080 x 2340 pixels and 90Hz refresh rate. like other, this device is equipped a SDM 865 Octa-core processor. meizu 17 pro have offers 8/128GB and 12/256GB two storage variant supporting UFS 3.1 processing. it is boasts a Quad camera configuration including, 64 MP f/1 (wide) + 8 MP f/2.4 (telephoto) + 32 MP f/2.2 (ultrawide) + 0.3 MP f/1.4 (depth). However, the Meizu 17 Pro is powered by a 4500mAh battery with 30W fast and wireless charging. the phone runs on Android 10 based company own Flyme 8.1 skin.

the iQOO 3 5G is a debut in flagship smartphone list, so this handset has 7nm snapdragon 865 octa-core processor paired with 12GB of RAM. for gaming it equipped with Adreno 650 and carbon vapour cooling system. iQOO 3 5G offers a 6.44 inches super AMOLED display with 1080 x 2400 resolutions and 20:9 aspect ratio. like other flagships, it also runs on latest Android 10 OS based on iQOO UI 1.0 skin. this phone comes with 4400 mAh battery capacity including 55W fast charging. this smartphone featured a 48MP (primary) + 13 MP (ultrawide) + 13 MP (telephoto) + 2 MP (depth) quad camera setup on the rear.

it is an another flagship which offers this chipset, and the ZTE Axon 10s Pro will be the cheapest snapdragon 865 phone in this list. this cellphone has 6.47 inches FHD+ AMOLED panel with gorilla glass protection. This phone has a battery of 4000mAh which uses 18W fast charger, which is slightly less than the fast charger given in other phones. although ZTE Axon 10s Pro comes with two storage options – 128GB & 6GB RAM, 256GB & 12GB RAM, it also has SD-card options too.Like other, it has a 48MP + 20MP + 8MP triple camera for good photography, while its 48MP primary sensor is manufactured by Sony.

The Black Shark 3 is an another snapdragon 865 phone by Xiaomi in this list, it is a true gaming device which allows you to play extremely High-graphic game without any lacks. this gaming device featured Adreno 650 GPU that gives you a smooth gaming experience.Black Shark 3 sports a 6.67 inches full HD+ screen with 90Hz refresh rate. although company also focus on its optics, So Xiaomi has provided a 64MP + 13MP + 5MP triple camera setup in this gaming phone. the Black Shark 3 also offering other features such as 4720mAh battery, 20MP selfie camera, 3.5mm headphone Jack, Android 10 and under display fingerprint scanner and Snapdragon 865 SoC as well.

The LG V60 ThinQ is one of the most unique smartphone of this list with Detachable 2 Screen Design, This phone has come with a second screen that can be connected to the primary display, so this phone can be converted into a dual screen smartphone at any time.

LG V60 ThinQ is equipped dual 6.8” OLED FHD Displays with 2460×1080 resolution. it sports a triple camera system including a 64 MP main sensor, 13 MP Wide-Angle, and Z Camera sensor. like other, it also powered by snapdragon 865 chipset paired with 8GB RAM and 128GB internal storage. this LG device has 5000mAh battery that provides wireless charging as well. the phone is featured an in-display fingerprint sensor. If you still prefer 3.5mm audio jack then this is on mobile.

The Redmi K30 and K30 Pro Zoom both are the powered by newest Snapdragon processor with 5G support, however the standard redmi K30 Pro is the cheapest snapdragon 865 phone with around $499 (Rs 32,999 in india). The list of specs are fairly impressive for such cheap phones. both phones offers a 6.67″ Fuul-HD+ display of (1080 X 2400) resolution. We can spot a 64MP + 5MP + 13MP + 2MP Quad Rear Camera With LED Flash, a 20MP pop-up selfie camera, up to 8GB/12GB RAM, up to 256GB/512GB of on-board storage, and a 4,700mAh battery with fast charge support. They both are featured a quad camera module on the rear but the K30 Pro Zoom variant has a 8MP telephoto sensor to deliver 3X optical and 30X digital zoom.

Oppo Ace 2 is a great device that gives you all the magnification features like a phone inside this list. as you expected, the oppo phone have lots of stuff which includes a 6.55 inches AMOLED FHD+ display with 90Hz refresh rate, a snapdragon 865 processor, up to 12GB RAM, and 128/256GB internal storage. it is fueled by a Non-removable 4000mAh battery + 65W Fast charging + 40W Fast wireless charging.

The Xiaomi Poco F2 Pro feels like the kind of phone with high specs but only a mid-range price tag, it is an another cheapest snapdragon 865 processor phone and making it one of the most affordable handsets. This full-screen phone has a display of 6.67-inch with 1080 x 2400 pixels, in-screen fingerprint reader, liquid cooling, 5G connectivity, a 20MP pop-up front camera, and an 64MP quad-camera setup. 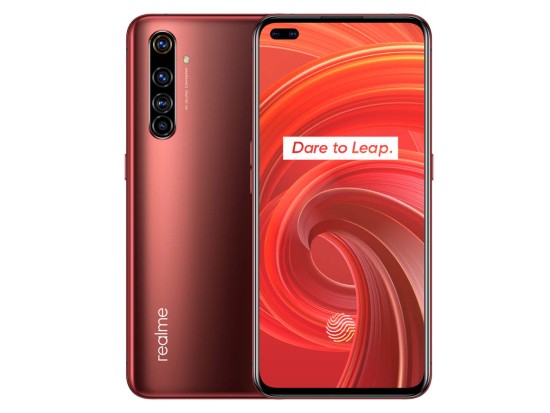 Realme has also launched its Realme X50 Pro & X50 Pro Player in the race for the flagship smartphone. like most android flagship, The X50 Pro is sports the powerful SDM865, a 6.44-inch Full-HD+ Super AMOLED display with 90Hz refresh rate, in-diaplay fingerprint scanner, up to 12GB RAM, 256GB of UFS 3.0 storage, and a 4,200mAh battery with 65W fast charging. The Phone has a rear quad camera setup includes a 64MP Primary lens, a 8MP ultra-wide macro lens, a 12MP telephoto lens, and a 2MP depth sensor.

The X50 Pro Player Edition is the cheaper version of X50 Pro which is a gaming-centric device and packed in some gaming and flagship-level specs.

Asus has announced two gaming flagship of its ROG series, the high-end Asus ROG Phone 3 and ROG Phone 3 Strix Edition with a cheaper price tag. This gaming phone offers high performance of new Snapdragon 865 processor, 8/12GB RAM, 128/256GB on-board storage, a tiple camera setup and a 6.59 inch Full HD+ screen with a 144Hz refresh rate. it featured a massive Non-removable Li-Po 6000 mAh battery, for gaming it also has one of the most effective thermal solutions available on a mobile device.

Asus announced the ROG Phone 3 in July 2020, As compared to the its predecessor, the ROG phone 3 bump up the specs with the new Snapdragon chipset, 8GB/12GB of RAM, 128GB/256GB/512GB storage of UFS 3.1, a vapor chamber, and a refreshed AirTrigger system.
going to the optics department, this high-end gaming smartphone is storts a 64MP + 13MP + 5MP triple rear camera setup. the ROG device is fueled by 6000 mAh battery with 30W fast charging.

The lenovo tech giant is officially unveils Legion Phone Duel gaming phone and the company’s entry into the mobile gaming segment. This device packs in flagship-grade specs with Snapdragon 865 Plus processor and also supports 90W fast charging for a massive 5000mAh battery. the RGB lightning puts on the underneath the Legion logo on the back which can be customizable and place into top-of-the-line gaming smartphone.

It is a Samsung product with Snapdragon 865+ processor, solid hardware and S-pen capability. samsung launched its most awaited note series on 5 august with Galaxy Note 20 and Note 20 Plus. the Note 20 Plus has a QHD display of 6.9 inches, upto 12GB RAM, 512GB UFS 3.0 internal memory and 10MP selfie camera, while it installed a 108MP + 12MP + 12MP triple camera setup on the back along-with OIS, 5x optical zoom and 50x hybrid zoom.

The Samsung Galaxy Note 20 is the less premium variant of its Ultra model with shorter display, bit smaller battery capacity and underneath main camera sensor. the Note 20 has a 6.7 inch FHD+ screen of (2400×1080) resolution. like Note 20 Ultra, it also has a SD 865 Plus chipset, 10Mp selfie camera. while it equipped a 64Mp + 12MP + 12MP triple camera system and a 4300mAh battery. 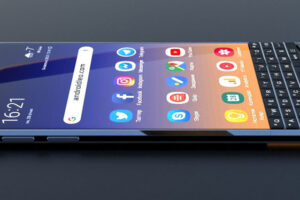