Qualcomm announced its latest processor, the Snapdragon 855, which is based on 7nm processing and 5G Network support. This is the successor of the famous SD845 that powered most flagships devices in 2018. There are many best smartphones launched in WMC 2019 with Snapdragon 855 processor, And it will not be surprising if this chipset will be used in all flagship mobiles in 2019.

In this article, we’re going to introduce all specs of this new chipset and we are talking about the phones which are featured Qualcomm SDM 855 processor.

We are also assemble a list of smartphone with snapdragon 865 processor, which is the latest Qualcomm’s flagship chipset carry a more powerful Adreno 650 GPU.

We are compiled a list of all Snapdragon 855 featured phones for those who want unmatched speed from CPU, and all those who were not satisfied with the performance of the older device.

Sony also joined group of SDM855 Phones with its Sony Xperia 1. It has many unique features which makes this an excellent choice. Xperia 1 has a 6.5″ 4K OLED screen with 21:9 aspect ratio, 1644×3840 pixels, while sony panel support HDR which allows users to enjoy ultimate cinematic experience in more detail and greater contrast. sony Xperia 1 come with 12MP + 12MP + 12MP triple lens camera system including 2x optical zoom and slow-motion video recording. It sports a 8MP camera on the front for selfies

Phone runs on Android 9.0 Pie and is powered by a Non-Removable 3,300mAh battery. Xperia 1 supports fast charging as well as wireless charging. Xperia 1 features an IP68 rating for dust and water protection.

The Redmi k20 Pro is a cheapest Snapdragon 855 smartphone in the market. Its standard variant is also available which is around $50 cheaper than the pro model. The redmi k20 pro has a 6.39 inch 1080p AMOLED display, it supports 19.5:5 aspect ratio and 2340×1080 resolution. As expected, K20 Pro is powered by snapdragon 855 Chipset that is operating upto 2.84 GHz, it also paired adreno 640 graphics unit alongside a liquid cooling technology for great gaming performance.

The Xiaomi’s K20 Pro operating on MIUI 10 based on Android 9 Pie. there is a 3.5 mm headphone jack and It also comes with support for NFC. this device is fueled by an 4000mAh battery, which also supports 27W Fast Charging. As far as the optics are concerned, K20 Pro equipped a triple rear camera configuration, includes a 48 megapixel Sony IMX586 primary imager. 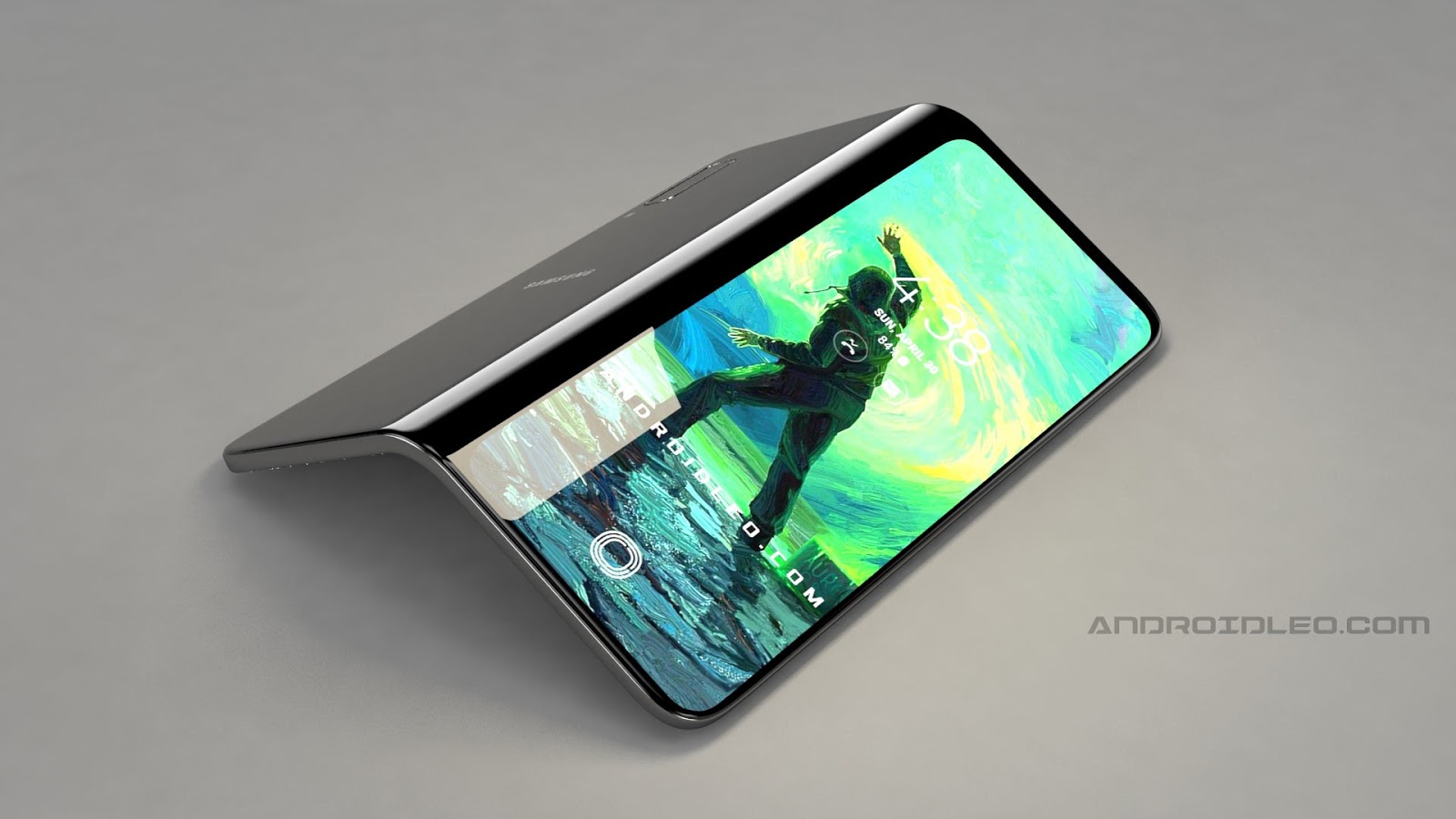 Samsung announced its world first Foldable Smartphone, the Samsung Galaxy fold that’s powered by the latest Snapdragon 855 SoC. Although some countries model will come with the Samsung’s in-house Exynos 9 Series 9820 processor, Galaxy Fold is a smartphone as well as a 7.3-inch full size tablet device that you can put in your pocket after folding. This foldable device offers 12GB RAM and 512GB internal storage. This foldable phablet is priced around $1980 for international model. Phablet runs on Android 9.0 (Pie) based on company’s one UI.

Samsung launched three new flagship smartphones includes the Galaxy S10e, S10 and high-end S10 plus. All three handsets comes with new punch-hole design and snapdragon 855 SoC. but in many countries such as India, German, Indonesia company utilize the Exynos 9820 chipset. The samsung S10 and S10 Plus featured 6.1-inch and 6.4-inch QHD+ panel respectively, although both models equipped with ultrasonic in-display fingerprint scanner. As far as the cameras are concerned, it has a triple camera setup at the rear side that includes a 12MP wide-angle sensor and a 12MP telephoto lens, and a 16 megapixel lens for ultra-wide shorts.

The OnePlus 7 pro is one of the best Android smartphone. It boasts a 6.67-inch QHD+ display along with 90Hz refresh rate, which allows you to good experience in the gaming. this handset comes with snapdragon 855 mobile platform which is paired up to 12GB RAM. it is fueled by 4000mAh battery that’s supporting ultra fast warp charge 30 technology.

The headlight of OnePlus 7 pro is its front facing camera. this smartphone featured a 16MP selfie camera with pop-up mechanism. although OnePlus 7 pro has a triple camera configuration, includes a 48MP main sensor with f/1.6 aperture. There is also a 16MP ultra wide-angle sensor with f/2.2 aperture lens and an another 8MP telephoto lens with f/2.4 aperture.

A new entrant in LG’s premium ThinQ series, the V50 ThinQ 5G has many attractive point, including 6.4-inch Quad HD Full-View OLED screen with an aspect ratio of 19.5:9, it also comes with a secondary display that can be used independent of the main display allowing users to utilize two separate apps in the mobile. With the Snapdragon 855 processor, the phone offers amazing multi-tasking capabilities.

V50 ThinQ is available only in one variant with 6GB RAM and 128GB ROM. its storage can be expanded upto 2TB via mircoSD card. the other specs include five cameras in total, three at the rear (16MP + 12MP +12MP) and another pair at the front (8MP and 5MP).

This device just recently launched, additionally company also launched its top version which is called Transparent or Explorer Edition. Mi9 is sporting a massive 6.28 inch panel with a resolution of 2280 x 1080, you’re going to get the clarity you would expect out of a smartphone. Xiaomi mi9 comes with Triple camera module.

Mi9 has snapdragon 855 processor in addition to the adreno 640 Graphics Processing, so this phone will fly through tasks. coming to optics, You’ll get a 16-megapixel camera for great photos, and a 3,300mAh battery along with 20W fast wireless charger that will keep the lights powered on.

A new entrant in Oppo’s premium Reno series, the smartphone is accompanied by various attractions. it offers an innovative design language with edge-to-edge screen, and pop-up front facing camera. The Reno 10x Zoom is equipped with the Snapdragon 855 chipset alongside 4th generation AI engine. phone has upto 8GB RAM and 256GB storage. As far as the other specifications are concerned, the Reno 10x Zoom comes packed with 6.6 inch AMOLED display and 4065mAh battery  with fast charging. this device runs on ColorOS 6.0 based on latest Android 9.0 Pie. company uses a 48MP + 8MP + 13MP lens at the back. on the front there is a 16MP camera for Selfie.

The Red Magic 3 is a flagship gaming mobile that sports numerous features that attracts the users. it runs on Android 9.0 Pie operating system, with 5000mAh battery, it offers a great backup. the Nubia Red Magic 3 is powered by 7nm snapdragon 855 mobile platform and packed 6GB, 8GB, and 12GB of RAM, which is incorporated with 64GB, 128GB, and 256GB on-board memory options.
it not only boasts a “liquid cooling” copper heat sink, but also an internal cooling fan. its overall performance of the processor is also strong.

the Nubia Red Magic 3 has a 6.65-inch FHD+ AMOLED panel along with HDR and 90Hz refresh rate. As a bonus, this gaming device featured a RGB LED strip on the back side for real gaming environment. As for cameras, the magic 3 sports a 48-MP f/1.7 primary sensor powered by a Sony IMX586 imager, the device also offers a 16MP sensor of f/2.0 aperture on the front camera. 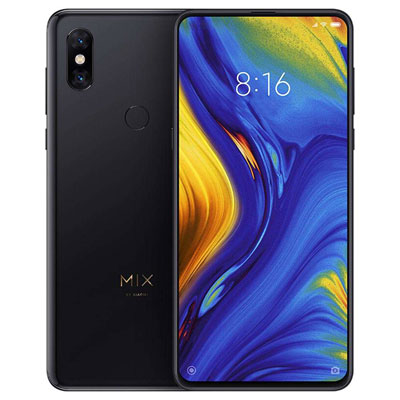 It is an another snapdragon 855 processor mobile from company. Mi Mix 3 has Qualcomm X50 modem, which allows users to enjoy the speed of 5G networks, where 5G connectivity has been established. this xiaomi device sports a 6.39 inch edge-to-edge AMOLED screen. Mi Mix 3 was packed 3400mAh battery with fast wireless charging support. Xiaomi’s Mix 3 comes with 12MP + 12MP dual setup and a 24 megapixel + 2 megapixel mechanical pop-up sensor at the front for selfies. Phone has 6GB RAM and 128GB on-board storage.

The other specs include, lenovo device has an under-the-display fingerprint reader, Face Unlock feature, Android 9.0 Pie, 3.5mm headphone jack. Lenovo Z5 Pro GT is equipped total four sensors,  two at the rear side (24MP and 16MP) and another pair at the front (16MP and 8MP) for beautiful selfies.

The Black Shark 2 is an another gaming centered smartphone by Xiaomi. Inside, Black Shark 2 has a high end specs that you expect from a gaming phone. Specifically, it offers the powerful Qualcomm Snapdragon 855 chipset and 6GB RAM with 128GB inbuilt memory for the base variant or 12GB RAM with 256GB memory for the high-end model. for graphic intensive games it equipped adreno 640 GPU and a 4,000 mAh battery with support for 27W fast charging.

it packs a 6.39 inches 1080p Super AMOLED screen made by Samsung. the screen is dress by an in-display fingerprint scanner. coming to the camera department, the Black Shark 2 boasts a 48-megapixel and 12-megapixel dual camera module. this Xiaomi’s device is priced at around $480 USD (CNY 3,200 in china) for entry-level model.

ZTE’s latest addition to its phone is ZTE Axon 10 Pro 5G, It is the ZTE’s first 5G device which is powered Snapdragon 855 alongside X50 5G modem. As far as camera quality is concerned, the ZTE Axon 10 Pro 5G has a 48MP primary camera, along with a 20MP ultra-wide angle camera and an another 8MP telephoto sensors, also a 20-megapixel Front Camera for selfies.

It comes with all the basic features that users want in their preference, such as, MicroSD card for memory expansion and 3.5mm headphone jack. The phone sports an under-display fingerprint reader, packs a Non-Removable 4000-mAh battery alongside support for wireless charging as well as fast charging. This ZTE handset is runs on Android 9.0 (Pie).

LG G8 ThinQ is an another snapdragon 855 smartphone by LG, it is powered by an octa-core 7nm processor. It comes with 6GB RAM and 128GB of inbuilt memory that can be expanded via microSD card. phone has 6.1″ OLED Full-vision display, resolution of 1440×3120 pixels and an aspect ratio of 19.5:9. The G8 ThinQ runs on latest Android 9 version. the gadget is powered by a 3,400mAh battery with supports of Quick Charge 3.0 fast charging. 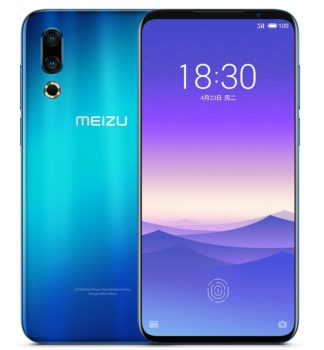 This is a new member of snapdragon 855 smartphone list. the headlights of meizu 16s is SD-855 CPU and 6.2-inch stunning Full-HD+ panel that sports an on-screen fingerprint reader. This Meizu Mobile boasts 6GB or 8GB of RAM and you have two options for storage 128GB or 256GB, which can be grab in Meizu 16s. although company have been removed SD-card and 3.5mm jack. Meizu 16s sports 3600mAh battery alongside in-house 24W mCharge technology, This allows you to fill the battery from zero percent to 60 percent in less than 30 minute.

The Asus Zenfone 6Z is another cheapest option with Qualcomm SD 855 Processor and high performance Flip Camera. it offers an innovative design which allows to take super resolution image from front as well as rear side of the phone. it has a controllable motorised flip camera system includes an 48 MP main lens and 13 MP ultra-wide lens. it features the IMX586 Sony sensor and a wide aperture (f1.79).

this device also comes with a list of powerful specs, which includes an 5000mAh battery, 6.4 inch Full-HD display, 6GB RAM, Dedicated SD-card Slot and more. you can purchase the base 6/64GB model for $499.

The Samsung introduced two new devices of the new Galaxy Note series, the Note 10 and Note 10 Plus in August. they both are upgrade with the new Exynos 9825 processor but they offers the Snapdragon 855 Soc in the United States and china. They both featured a 6.3-inch and 6.8-inch large displays respectively  but the Note 10 Plus has higher resolution at 3040 x 1440 pixels. The Samsung Note 10 Plus also has more RAM and higher Max internal storage with 12GB RAM vs 512GB. The Note 10 plus also has bigger battery (4,300mAh vs 3,500mAh).

Note– We will keep updating this list, which will allows you to get an updated list of all newly launched snapdragon 855 handsets. We hope you have liked our mobile buying guide as well as thank you for your precious time.