The Chinese tech giant announced its new flagship, the Meizu 16s on 23 April 2019 with highlights of Snapdragon 855 SoC, super AMOLED panel and in-display fingerprint scanner. OnePlus is preparing to launch its Next flagship, the OnePlus 7 and OnePlus 7 pro, while its rival meizu has introduced its new flagship killer, the meizu 16s earlier. The smartphone has a lot of features, which makes it an another best smartphone in 2019. In this article, we will talk about it.

Talking about its specs, The phone has a 6.2-inch Full-HD+ Super AMOLED panel that sports an on-screen fingerprint scanner. company has tied up with Samsung to provide a high-quality Super AMOLED screen that’s the main focus is to reduce the emission of blue light Which has harmful and negative effects on the user’s eyes. It is powered by an octa-core Qualcomm snapdragon 855 processor couple with adreno 640 GPU. handset packed with either 6GB or 8GB of RAM and the inbuilt storage features here is 128GB or 256GB. Meizu 16s has 3600mAh battery alongside 24W mCharge technology, which has the ability to filling the battery from 0 to 60 percent in less than 30 minutes.

As far as cameras are concerned, the 16s mobile is sports a dual camera configuration, including 48MP primary lens with f/1.7 and another 20MP telephoto lens with f/2.6 and OIS, HDR+ support. there is a 20MP front camera for selfies. this handset boost a powerful stereo speakers for an impressive sound experience. Brand has been removed 3.5mm jack and SD-card options. Meizu will offer a USB Type-C to 3.5mm audio adapter. this meizu smartphone is runs on Flyme 7.3 and Android 9 Pie version. meizu also sports a “Hyper Gaming mode” for better gaming experience and smoother graphics performance.

the meizu 16s comes with gradient color alongside glass cover at the back. in the front, phone offers Fullvision display of 18.5:9 aspect ratio. but the most important thing about 16s is that it is a notch-free device in 2019.

Its starting model will priced at USD 475. while the top-end variant will priced at USD 595 (about Rs 41,499) for 8GB/256GB. Its expected price in india is Rs 32,999 for 6GB and 128GB model. Smartphone will be available in three colour options Pear White, Phantom Blue and Carbon Black. 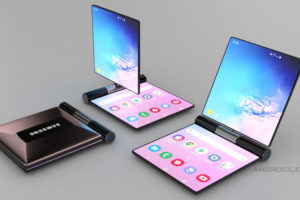