Samsung has proved to be a pioneer player in the smartphone world, with its galaxy fold it turned foldable phone into reality. Now the company works on its upcoming flagship phone, which will be the Samsung Galaxy Zero. This will provide a new definition of the phone as well as change the way you interact with your mobile device. according to leaked report, the Galaxy zero will be the first handset ever to feature a completely bezel-less design. it will comes with zero button, zero ports and no audio jack hole.

In this article, we’ll tell you all about the Galaxy zero, including:

Samsung has applied for a patent application some time ago, in which a bezel-less phone design is described. a Dutch tech blog has revealed that Samsung will made a completely new Bezel-less phone. it’s expected that it will come with an infinity screen and there is no notch in the phone.

Talking about the specifications of the phone, it will feature a infinity display with almost 100 percent screen-to-body ratio, The display of Galaxy zero may come with a size of 6.5-inches with QHD resolution. The zero phone will sports a Gorilla Glass 6 protection on both front and back. This Samsung device will be powered by snapdragon or exynos 9830 processor along with 10GB or 12GB RAM options. The phone may feature 1 terabyte on-board storage that cannot be expandable. the handset will boasts a 4500mAh battery fuelled by Qualcomm Quick Charge 4.0 technology. it can support a fast wireless charging option.

the device will come with quad camera configuration, includes a 52MP primary sensor, 16MP ultra-wide angle sensor, 8MP RGB sensor and an another 5MP telephoto lens. while it will sports a 23-megapixel front facing camera.

The Galaxy zero will features a truly uninterrupted design. We can not know about the future, but like the galaxy fold it can be the new phase of innovation. The patent report suggested that Galaxy Zero could be the world’s first holeless mobile phone. although other tech giants also work on the development of holeless smartphone.

Coming to the design language, the handset may sports a metal glass body with with rounded edges. In this handset three vertically aligned cameras with LED flash are placed on the back. Its front camera can boasts under the screen, which is similar to the S10 edge. The phone will not get 3.5mm jack and its place can take wireless earphones. The Samsung Galaxy Zero has no physical volume buttons on the neither left or right side. Smartphone will features a sensor button for volume on the right side, its sound can be increase or decrease by sliding. The device also has an ultrasonic fingerprint scanner under the display.

Officially no date has been announced by company for the release of the zone. it is expected that the phone will launch in the end of 2025 on 25 december. According to the rumors, this handset can also be unveiled alongside of the iPhone XI Max. The smartphone will be priced at $1399 in US for Starting model. while it will comes with the price tag of £1349 in UK for the same variant. For India, Samsung zero device will priced at 98,499 rupees.

Here is how the Samsung Galaxy S21 Ultra may look like 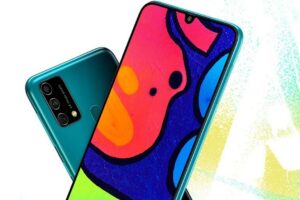